When you are served with a violation ticket in BC, such as for speeding or using an electronic device while driving, you have 30 days from the date you are served the ticket to register a dispute either in person or by mail.  If you fail to do so, after 30 days you are deemed to have pleaded guilty to the offence. Likewise, if you fail to attend a scheduled hearing at traffic court, the Judicial Justice of the Peace can make a determination to treat your matter as “deemed not disputed” which results in it being treated as a finding of guilty. Sometimes people fail to do this and believe that they have no avenues with which to pursue a dispute of their matter 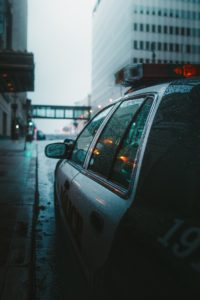 However, the Offence Act contains provisions to allow a person to file a dispute outside of the 30-day windows, as well as for cases where a person failed to attend the scheduled hearing. What it requires is that an affidavit in the appropriate form be completed and filed at a provincial court registry. A Justice of the Peace will review the application and determine whether your matter meets the test which is articulated as:

(a) through no fault of the defendant, he or she did not have an opportunity to dispute the allegation or the amount of the fine,

(b) the defendant had a genuine intention to dispute the ticket before the dispute period under subsection (1) expired,

(c) no undue prejudice will result from the extension of the dispute period,

(d) the defendant has an arguable defence to the violation ticket, and

(e) it is in the interests of justice to allow the dispute to proceed.

This requires a person to establish that it was through no fault of their own that they did not dispute it within 30 days or failed to attend their hearing. Excuses such as “I forgot” are not likely to meet this threshold. As this case indicates it is a good idea to provide supporting documentation if it is at all available.

Additionally, a person is required to provide that they have an arguable defence to the violation ticket and then articulate this. Consequently a person would be well-advised to make themselves aware of what the available defences are to the charge they are disputing. If you fail to provide a defence, the Justice of the Peace would have difficulty approving the application. It is important to know that reasons such as “I didn’t realize how fast I was going” or “I have a good driving record” are not defences!

If the Justice of the Peace approves your application, you’re “deemed” guilty plea will be overturned and your violation ticket will be placed back under dispute until the hearing of the matter.

If you need our help in defending your violation tickets, feel free to contact me at mthain@dbmlaw.ca