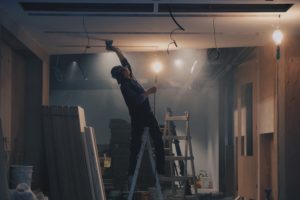 Both the holdback and the power to lien come from the Builders Lien Act (the “Act”).  The purpose of the act is twofold:

The Act requires all persons on a project to retain 10% from all amounts paid for the work done on the project.  This 10% holdback has nothing to do with deficiencies, delay claims, or other potential liabilities that a contractor or subcontractor may suffer. In fact, many construction contracts will include further holdback amounts for items like potential deficiencies.  The 10% builders lien holdback is not related to your contract and you cannot contract out of that requirement.

Any contractor or subcontractor must holdback 10% of the contract price until the end of the holdback period.  It is important to note that you do not holdback back funds from workers, material suppliers, architects or engineers.

When is the holdback money paid?

The holdback requirement exists so there is money available if a contractor or subcontractor is not paid and places a lien on the property on which the project is being worked.  To that extent, it also limits the liability of an owner or contractor who is required to retain a holdback.  Their liability under a lien is capped at the amount of holdback required.  A contractor or subcontractor seeking more than that amount would need to pursue it outside the lien (i.e. through a debt claim in small claims or Supreme Court).

Because the holdback exists to satisfy possible lien claimants, the holdback period is directly tied to the lien period.  The lien period starts to run 45 days after the earliest of the following events occurs:

If a lien is filed by any party, the holdback funds cannot be released until it is discharged.

The holdback exists to protect potential lien claimants.  As such, both the ‘lien period’ and ‘holdback period’ start at the same time (at completion, termination or abandonment of a project).  If someone is owed money on the project, then they may lien the property within 45 days of that triggering event.  If no one files a lien, then the holdback moneys may be released 10 days after that deadline.

The lawyers at Drysdale Bacon McStravick LLP are here to assist you if you are owed money on a project you worked on.